Does the theory of broken windows work?

Does the theory of broken windows work? 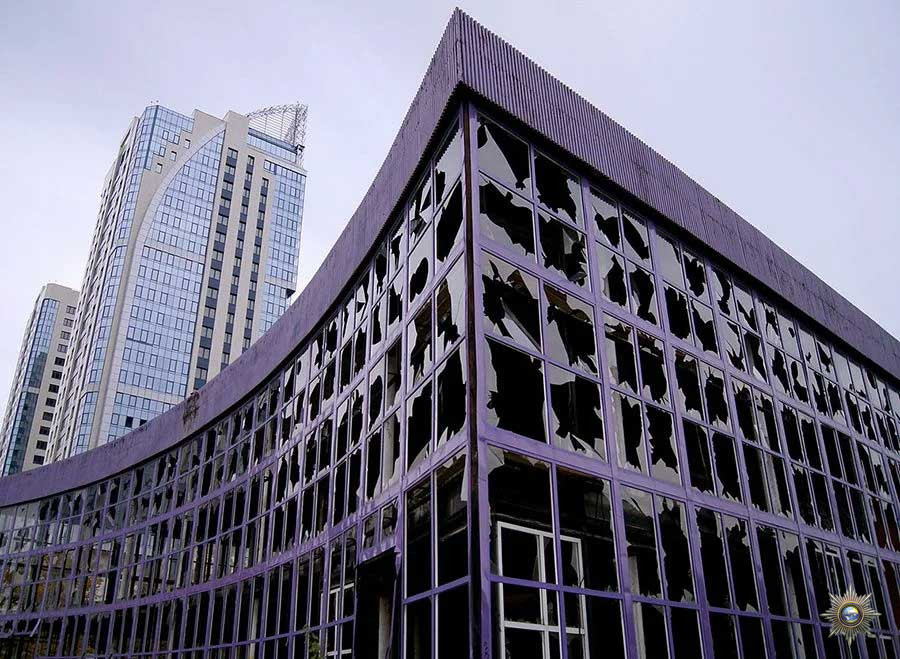 Instead of combating social inequality and corruption of power structures, which often seems an unattainable goal, supporters of the theory of broken windows advise “to start with oneself” - for example, to paint a porch. Critics argue that this theory - or rather a hypothesis - is ineffective and does more harm than good.
Click to expand...

“Social psychologists and the police agree that if a broken window in a house remains unrepaired, then the remaining windows will also be broken,” is the central thesis of the text. A broken window is a signal that everyone does not care, and further vandalism, or even more serious crimes, will remain without consequences.

The authors, in particular, refer to the experiment that Stanford psychologist Philip Zimbardo conducted in 1969. He left two identical cars without license plates in the Bronx and Palo Alto - that is, in the “black” poor area and in the “white” wealthy. In the Bronx, the car began to be robbed after ten minutes and within a day they were completely gutted. In Palo Alto, the car lasted a week, until Zimbardo himself hit her with a sledgehammer. After that, after a few hours, the car was completely destroyed. At the same time, mostly respectable white citizens turned out to be vandals.

A lengthy experiment, already at the municipal level, was conducted in the mid-1970s when New Jersey introduced foot police patrols. The goal was close contact of law enforcement officers with the townspeople. Over the five years of this practice, crime rates have not diminished, on the contrary. 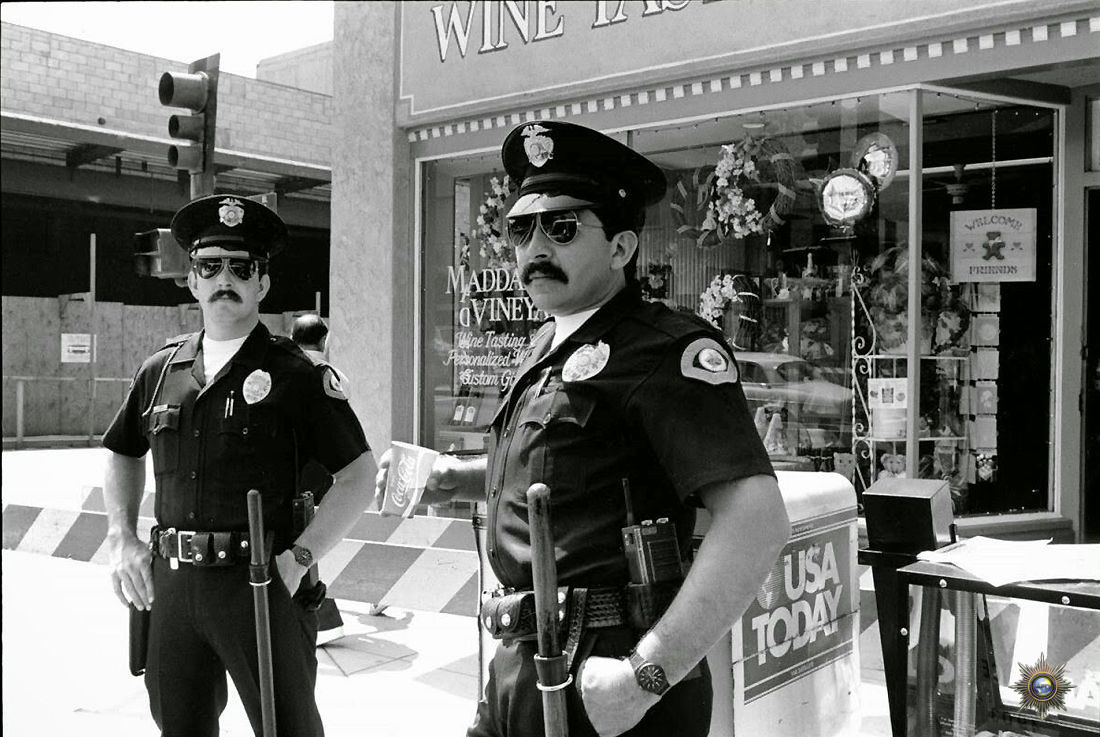 This did not bother the authors of the theory of broken windows, who noted that the residents nevertheless had the impression that the level of security had increased. Wilson and Kelling assure that this is not an illusion, because the police really managed to curb minor violations of order.

The role of patrolmen was to work out, together with “law-abiding local citizens,” certain rules aimed primarily against “strangers”. So, in one of the districts of the city of Newark, teenagers were forbidden to make noise, drunkards - to lie down on benches and drink alcohol in public places, tramps - to cling to passers-by with conversations or requests (which immediately led to detention), etc. Among the rules were the following: if a quarrel broke out between a local store employee and a customer, the customer automatically turned out to be wrong, especially if he is a stranger, an alien from another area.

In the patrol areas the black population prevailed, while the patrol ones were white. The first thing that came to the attention of the police was “dubious, problematic, or unpredictable people: beggars, drunkards, drug addicts, teenagers, prostitutes, tramps, and the mentally ill.” 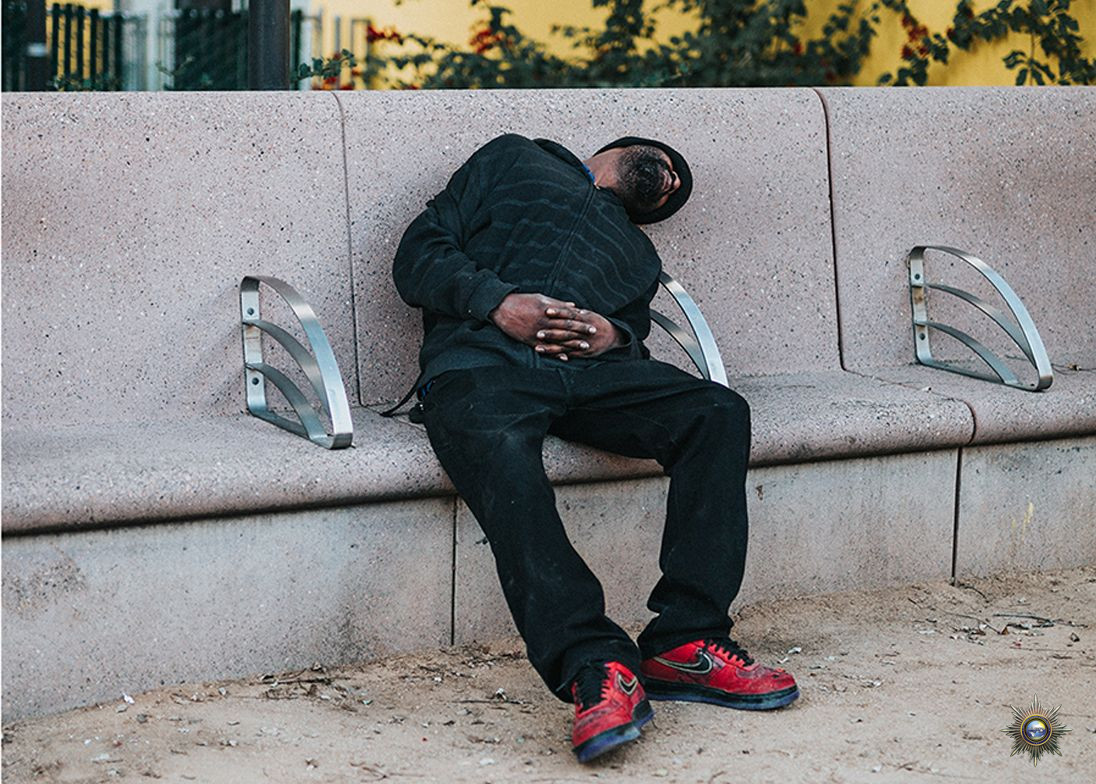 “One must not be very intellectually careful to jump from the real broken windows to the homeless in the streets. After all, a pauper on a street and a physically shattered window glass often has very different reasons that must also be addressed in different ways, ”commented the article Roman Lexikov and Daniil Cherny from the Center for Sociology of Law and Criminology.

However, the idea quickly gained popularity. Broken Windows is one of the most cited articles in the history of criminology; sometimes it’s called the “Bible of Order”, writes Eric Klinenberg in the book "Palaces for people."

The illusion of order
Most of all, using the theory of broken glasses, they associate Rudolph Giuliani, who was elected mayor of New York in 1993. He expanded the city’s police staff by 3,660 and introduced a zero tolerance policy for offenses such as graffiti, public drinking of alcohol, street necessities, and the like. The city authorities even revived from oblivion the old cabaret law prohibiting dancing in inappropriate places.

According to a 2001 study, the level of violent crime has actually declined significantly over the decade - by 54%, which was seen as a victory for the theory of broken windows.

To a greater or lesser extent, the theory was implemented by Chicago, Los Angeles and a number of other cities in the USA, but criticism did not slow down either. The first book to refute the theory of broken windows was published in 2001. "The illusion of order" Bernard Harkour. The author points out that over the 30 years of the existence of this theory, it has never been empirically confirmed, on the contrary, the available studies contradict it. The theory also relies on arbitrarily defined categories of “order” and “disorder”, “law-abiding citizens” and “violators”.

First of all, the fall of crime in New York occurred simultaneously with the corresponding process in the entire United States. In another study, Harcourt notes that the decline in crime in New York coincided with the end of the crack crackdown. Christina Sterbenz adds that this trend was facilitated by a reduction in unemployment (during the 1990s, its level fell by 40%).

Criminologist Ralph Taylor sure that a significant factor that affects the level of crime is the socio-economic. Returning to the experiment with two cars - the Bronx initially had a low level of well-being, and in the rich Palo Alto, the researcher must intervene in the experiment in order to provoke vandalism.

The theory of broken windows also failed the test of a large-scale social experiment. In 1994, US authorities introduced the Moving to Opportunity program, which provided for the relocation of 4,800 impoverished families to prestigious areas. The program was implemented in New York, Los Angeles, Chicago, Boston and Baltimore. Three quarters of resettled households teetered on the brink of poverty, two-thirds of the participants were African-Americans. 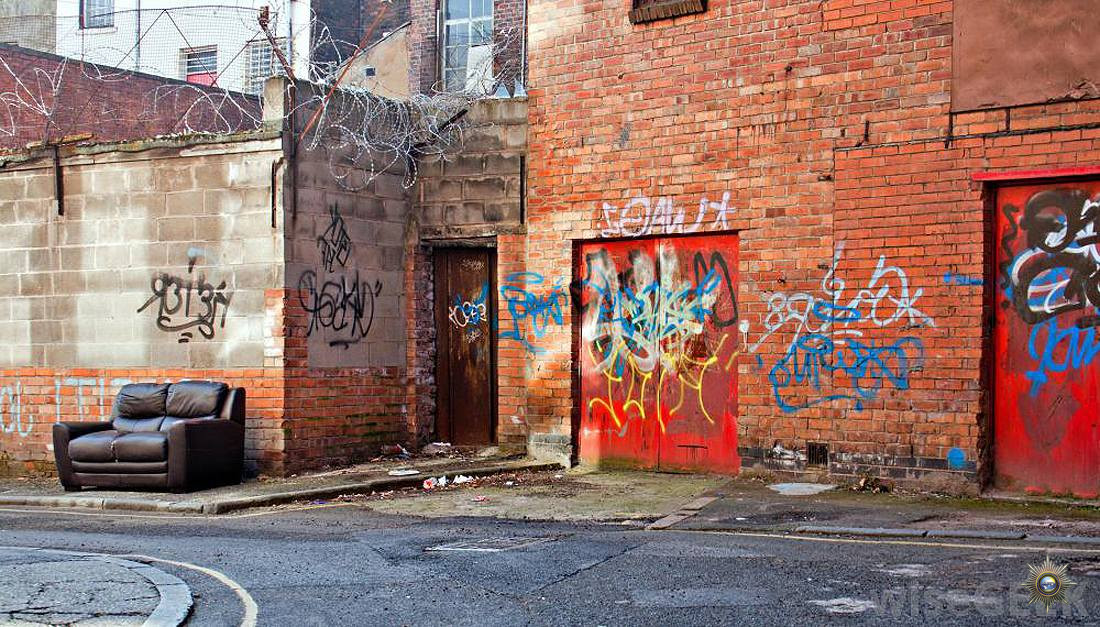 According to the theory, in the new environment the level of their involvement in offenses was supposed to decrease, however this Did not happen , since the move did not improve their financial situation, but emphasized the social gap with their neighbors.

End of zero tolerance
In 2014-2015, the NYPD was forced to curtail its aggressive policy against petty offenses due to massive protests against police violence. Public outrage caused the death of black Eric Garner. The police tried to detain him for selling cigarettes individually on the street. He did not want to be handcuffed, and one of the policemen used a strangulation technique. Although Garner shouted that he could not breathe, the policeman continued to squeeze his neck. As a result, six children lost their father.

Over the next two years, the level of homicide, robbery, rape and other serious crimes decreased by 3-6%, according to a 2017 study. Authors think that aggressive police measures, contrary to expectations, only worsen the criminal situation.

“The results are amazing. Police tactics to maintain law and order, as it turned out, only deepens economic and social inequality, destabilizes communities and harms the psyche of youth. Preventive police control can be counterproductive, ”says study co-author Christopher Sullivan. 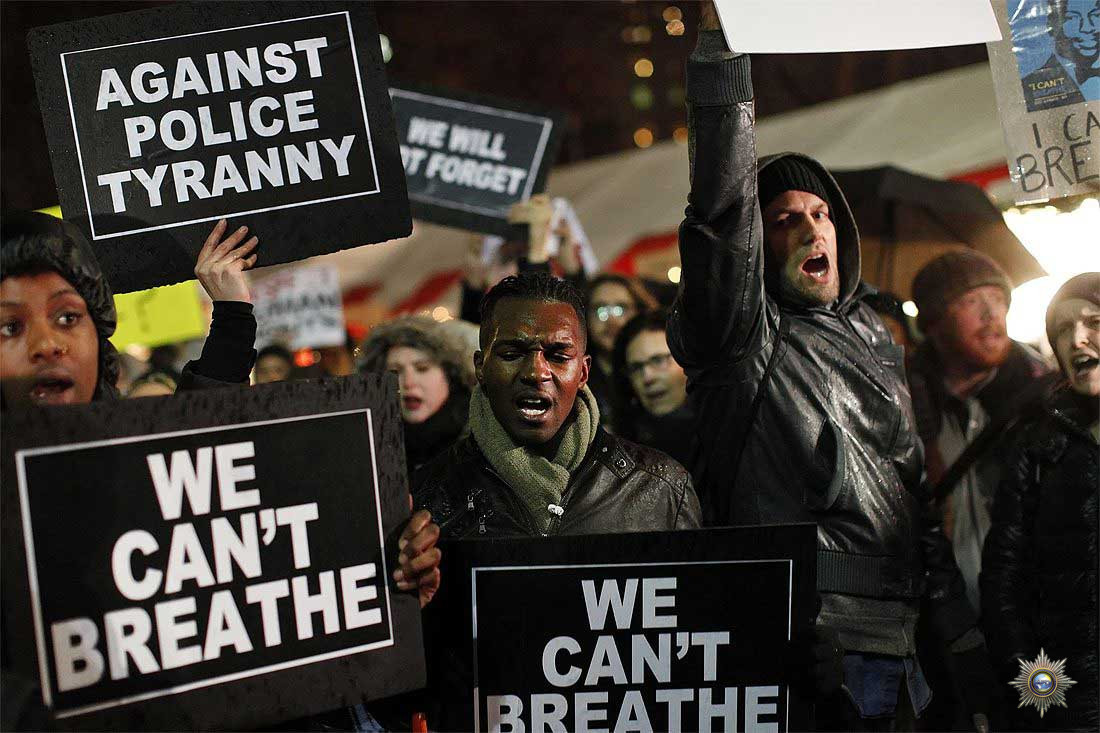 Targets of the theory of broken windows
In addition to the fact that the theory of broken windows is ineffective, its targets are primarily marginalized and vulnerable segments of the population. Harcour and Ludwig celebrate that since 1994, when the New York police introduced a policy of zero tolerance for minor violations, by 2000 the number of administrative charges for smoking marijuana in public places increased by 65 times, and reached 92% of all offenses related to marijuana (including its production and distribution).

Moreover, in half of the cases, the detainees were black, another 30% were Hispanic. Compared to whites, detention more often resulted in arrest and conviction by the term of imprisonment. 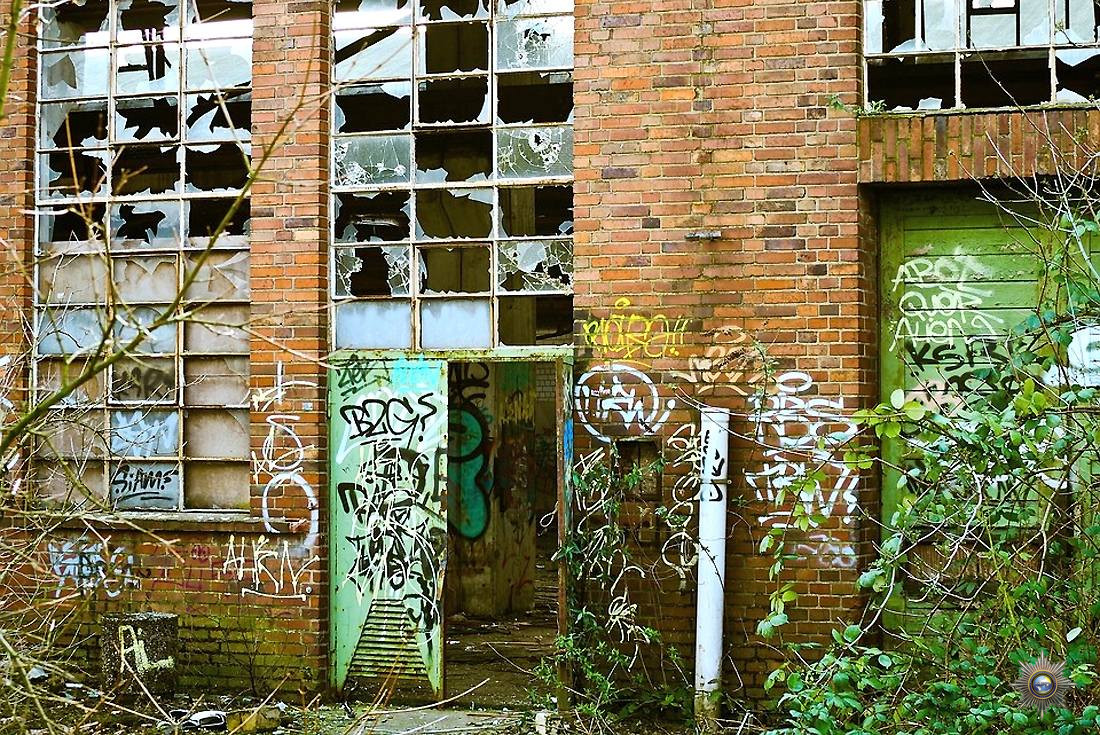 But the sociologist Mitchell Daner in his book "Sidewalk" approves that marginalized groups can maintain order in the city, although this may not be noticeable. He researched black sellers of books and magazines, street children, alcohol and drug addicts. Despite their deviant behavior, they appreciated the opportunity to earn money honestly and had their own code that made it impossible for them to commit serious violations.

In 2004, co-author of the theory of broken windows, James Wilson declared “I still don’t know if the fight against disorder reduces the level of crime ... God knows how it really is.”

He argued that the idea was primarily to identify the relationship between quality of life and the level of violence. However, this idea was formulated in such a way that in practice it was embodied in the form of increased police control and repression of vulnerable groups.

“Until now, most urban crime reduction strategies have focused on punishment rather than beautification. We are investing too little in local infrastructure, such as libraries, parks and community centers, which attract people to the common space, ”writes Klinenberg.

He tells a positive example of restoring order, which helped to reduce crime. For several years, the Pennsylvania Gardening Union has been cleaning up abandoned Philadelphia sites with a total area of 76 hectares. The wastelands overgrown with thickets are turned into public spaces, clearing garbage, planting trees and sowing lawns.

The first results showed a decrease in the number of crimes involving the use of weapons by 39% in the areas of restored houses and by 5% around reclaimed land.